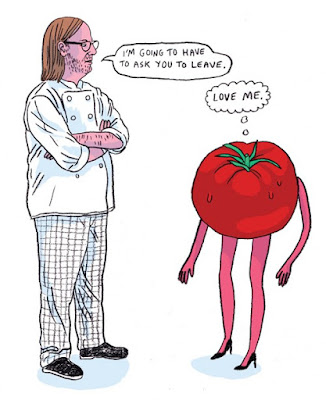 Imagine if someone dedicated their lives to publishing an elaborate ‘zine1 about your favorite topic2 and somehow kept doing it for years. And then they had to stop.3 People: let’s pause for a second from our preoccupation with the crumbling of American democracy and give this thing a proper send-off.4

(1) It was much more than a ‘zine of course. It was often a dissertation, a biopic, a graphic novella, a great cookbook, and inside baseball all wrapped in one package that was delivered to your doorstep for the cost of a pizza. It was Andy Kaufman-esque meta-food writing, exuberantly unfolding in long-form irrationality and dirty napkins.

(2) And it wasn’t just writing about food, but rather, Food. Of course I’m biased as someone who works in food, who’s written about food and who eats food (not to mention knowing several people who worked on Lucky Peach). But let’s put that aside for a second. I can’t think of a genre that needed to be expanded ripped a new one transcended more than food writing. I mean let’s really be honest, food writing is really hard. It’s usually “yum” in 500 words. Lucky Peach put a crowbar in the seams and cracked it open. The Big Lebowski is not really a bowling movie and cooking is not just about food. If you’re a cook/chef and people who you think are cool think that’s cool, at least a small part of that is because of Lucky Peach. Even if they never read it. 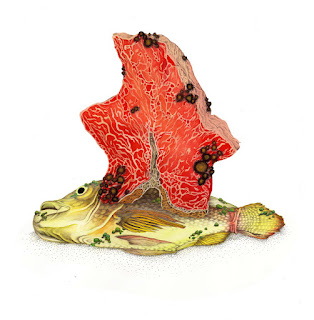 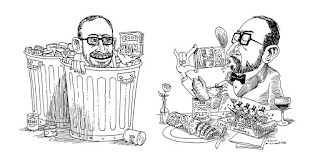 (3) Since I know people who worked at Lucky Peach, I want to give them a shout out for being so dedicated. It never had to be so detailed and robust and creative, but the extent of that, the sheer length even, is testament to how much they care(d) and how much they gave. I don’t know what happened behind the scenes, but I hope everyone can all stay friends.

(4) Okay so having gotten through some of my own commentary, I want to propose a proper sendoff. Let’s share our memories, GIFs, photos, essays, karaoke tributes or (your own ‘zine?) in honor of the #LPeffect. What did Lucky Peach mean to you. Let’s have the eulogies before the funeral so we can go out on a high note.