The Making of a Charitable Food Movement 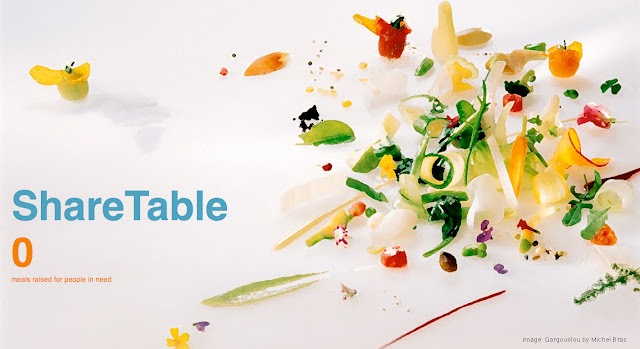 Mission Street Food began as a kind of accident, which gathered momentum as it evolved from a food truck into a pop-up and then Mission Chinese Food and now even an outpost in New York.

A few years later, we’re hoping that another half-baked idea can pick up steam and become something real and lasting, but this time the goal is not just a charitable restaurant but a full-fledged charitable food movement. We will need help to make it happen, just like last time, but we hope you will feel as excited by the potential as we do.

First a bit of background: a few months ago, we started talking with The Kitchen Sisters, who produce radio for KQED, about a big event they are curating at SFMOMA. The theme is “The Making Of…” and they’re bringing more than a hundred local artists and artisans to do what they love to do—from making hats to building furniture out of mushrooms—right in the middle of the museum. We wondered what we could do, and as we daydreamed, we came upon the idea of “The Making of a Charitable Food Movement,” which would be a participatory exhibit in which museumgoers would help us build a new food culture on the spot.

So here’s what we have planned: On Friday May 31st, as part of the “Making Of…” exhibit at The San Francisco Museum of Modern Art, hosted by acclaimed radio producers, The Kitchen Sisters, we’re putting together an event called “The Making of a Charitable Restaurant Movement.” The idea is to demonstrate a robust public interest in making food more meaningful by giving back.

More than forty of the city’s most respected restaurants will sell $50 gift certificates, of which $5 will fund meals for people in need; gift certificates will be available for purchase May 31 from 10am to 6pm at the museum and online.

For every dollar raised by this event, The Food Bank will be able to provide three meals for hungry people in the Bay Area—and the need has been rising in the last few years.

We’re launching a new entity, called ShareTable.org, which is a philanthropic platform created for this event, but if enough money is raised to feed 50,000 people, we will expand the endeavor into an ongoing accelerator helping restaurants to benefit their communities.

For us, this feels like a bit of a return to the old days of Mission Street Food, when we invited guest chefs to join us in the kitchen and asked customers to bear with our occasional mis-steps for the sake of giving back to our communities. We are even returning here, to our old blog, where we used to announce our latest scheme, from “Mexiterranean” night to “2011: A Seafood Odyssey.” Now we are asking for you to get involved again, whether that means eating charitable snacks at the museum on May 31, or buying gift certificates at the event or online, or just helping us spread the word to get ShareTable.org off the ground. This is, by definition, a community effort, and we hope you will join in.