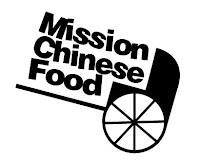 "The circle is now complete."

Actually, we'll be serving Americanized Oriental Food* and it will be available at Lung Shan Restaurant 7 days a week for eat-in and take-out, as well as for delivery. The menu will consist of 10-12 items priced in the $7-$10 range, and will include Danny Bowien's soon-to-be world-famous Ma-Po Tofu, as well as one of Mission Street Food's new classics, the Chinito. Overall, our goal for the cuisine is to approach our favorite genre as eaters (cheap ethnic food) and try to elevate it while keeping it affordable--basically two Asian American line cooks' interpretations.

Seventy-five cents from each item will be donated to the SF Food Bank.

Stay tuned for more details, and come check us out next month.

* Though we'll focus on Chinese food, we're leaving ourselves the freedom to incorporate other Asian flavor profiles. Our use of the term "oriental" is not meant to be offensive. The word is derived from a root meaning "eastern," which represents a Eurocentric orientation to Asia, and it was most often used in a bygone era when Europeans viewed the regions east of the Mediterranean as exotic lands full of "romance and intrigue." For us, as Asian-American cooks, using this loaded term is an indictment of the Eurocentricity of fine dining, but it's also meant to desensitize the term in that transcending-racism-by-not-interpreting-every-single-thing-as-racist way. You know, like the "queers" did.

cool - looking forward to it!

everybody always rips off the queers! ... appreciate the acknowledgment : ) looking forward to checking it out.

Ma Po Tofu!!! Been waiting a long time to get it again.

Bravo MSF team!!! :-)
I can't wait to try and to invite as many friends as I can...I'm very excited for MSF development and progress. Congratulations!
This is beyond wonderful :-)
Cheers,

Ma Po Tofu spice is just like I remember it, well done guys! Love that sichuan spice. Now who can I talk to about an optional crispy pork belly topping? :)